Company Based Education and Training – CoBET® System is a Quality Assurance System in Education that is based on the lifetime learning philosophy, and with which the employees constantly transfer their accumulation of knowledge to each other, and which is live and renews itself continuously.

The basic feature of CoBET® System is the raise in the productivity for the companies by using their own resources and by constituting the mentoring, on-the-job trainings and academy systems.

Thus, the system develops like a live organism which constantly renews itself and keeps the corporate culture, and reduces the external dependency.

The companies differ according to their sectors, size, technological growth, management systems and to several factors. Due to these differences, CoBET® System is specifically designed for each companies in line with the principles of intellect, skills and change management.

The researches give the rates of learning as a result of the training programs, which are made with the classical methods, as follows: 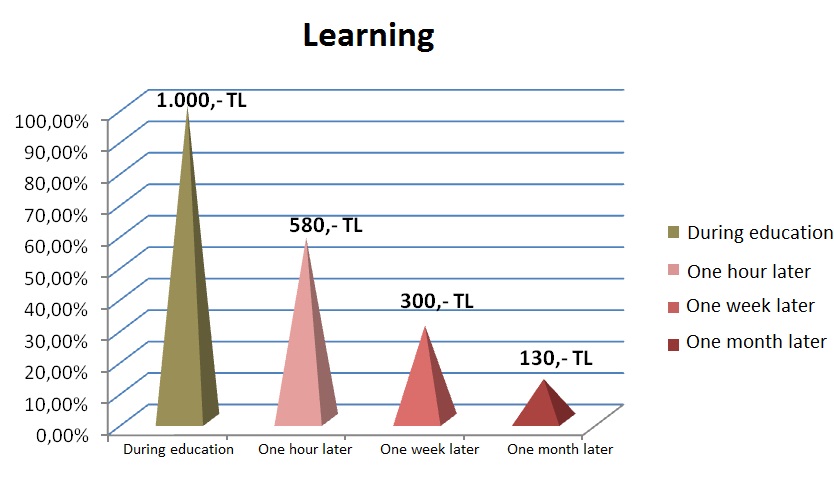